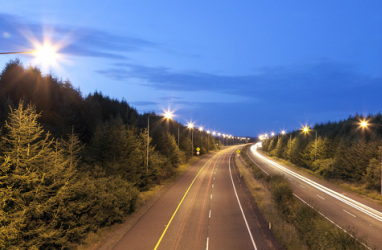 The Gaelic or Irish name for The Heath is An Fraoch Mór. Fraoch means
'heather' and mór means 'big'. The Heath is a flat area of roughly 425
acres, situated beside the main Dublin-Cork road, about four miles from the town
of Portlaoise. The area used to be known as The Heath of Maryborough.
Maryborough is the old name for Portlaoise. It was called this in honour of the
English Queen Mary whose armies planted Laois in the sixteenth century. In 1920
the name was changed to Portlaoise which is Irish for 'the fort of Laois'.
Today, The Heath is a common, but there are marks or ridges on the surface
which, according to some people, prove that the land was once cultivated.
In the summer, The Heath is covered in lovely heather and yellow furze blossoms.
All over The Heath there are sheep that are free to roam wherever they like.
Near the school there is a small pond. Swans and ducks go there in the winter. The
well-known Heath Golf Club is right beside this pond. In 1997, the Portlaoise By-Pass was
officially opened. This motorway the M7 runs right through The Heath and has caused great changes in the local landscape. This photograph captures the motorway at night. Watch out for signs for The Heath as you drive on this Dublin/ Cork link.

Indeed work on the motorway in 1995 uncovered evidence of The Heath's ancient past. Four ring ditches were discovered together with furnaces and pits associated with iron smelting. Dating of the cremated bone, bronze artefacts and various objects of stone, glass and iron shows people living in the area in the last centuries B.C. This is in keeping with the Ring Barrows which are still visible in the area and are dated as being from up to 4000B.C. One of these barrows is to be found right beside the school!

The Heath has been used as a place of assembly since ancient times with gatherings such as The Aenach in which chariot races, games, festivities, marriages and business were transacted. With the advent of Christianity the parish and church of Killenny was founded. Some have suggested that the name derives from Cill Aenaigh, the church at the Place of Assembly. In the 18th and 19th centuries the area became famous for horse racing with cricket and GAA clubs also being founded in the late 19th century. This tradition of The Heath as a place of community recreation continues to this day with football, rounders, golf, horse riding and carting being practiced.